Good to be back… 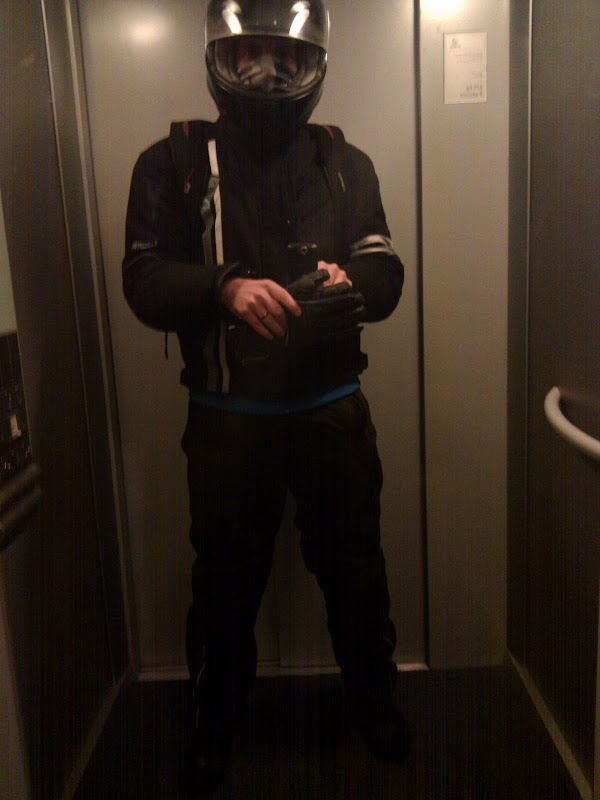 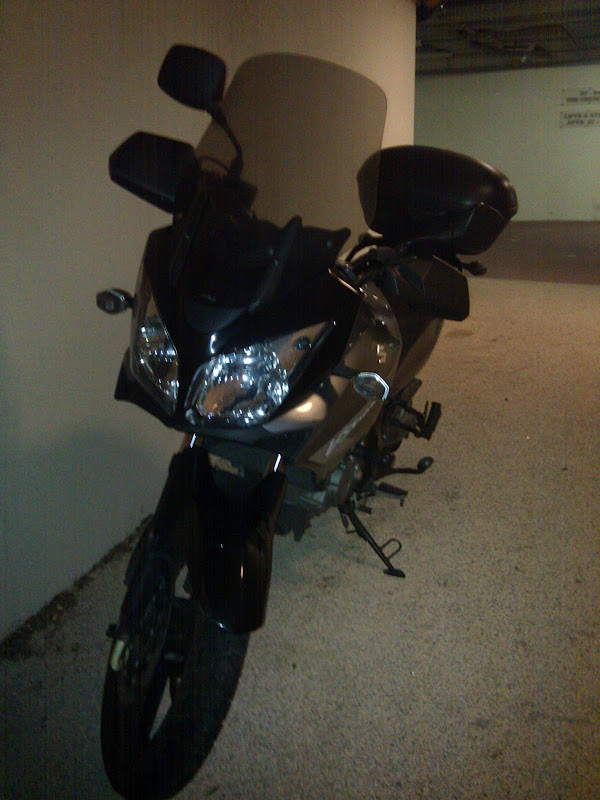 We gotten back home this morning. It was a good holiday. Very good actually, but it felt like it was enough and it was time for us to get back.

Luckily despite all the traveling around (Dublin -Abu Dhabi – Bangkok – Suran Thani – Koh Samui – Krabi – Ao Nang – Phi Phi – Phuket – Bangkok – Abu Dhabi – Dublin) using all sorts meanings of transportation (cars, planes, Taxis, Tuk-Tuks, Sleeper Train, buses, Elephants, scooters, boats, long tail boats)   none of our luggage got lost, however I managed to lose my voice somehow (hopefully only temporarily) and got food poisoned once (it is ok now, although I’ve spend 1.5 days vomiting) . For now  though it feels as I’d have a colony of aliens living in my throat.. I blame air conditioning…

1. Krabi (Ao Nang) and activities we’ve done there (Whitewater drafting, all terrain vehicle driving and others.

2. Phi phi – sightseeing, snorkeling, but mostly diving. Pity I have so few photos from that activity, however I’m hoping to receive a video recorded by one of our instructors during the trip.

In terms of scuba diving. We’ve only done Discover Scuba Diving with http://www.vikingdiversthailand.com/ – really cool people – if you ever in Thailand and want to scuba dive – go to Phi Phi – go with them. You wont get disappointed 🙂

So DSD is a half day activity – starting at 7am finishing before 2pm. It’s aimed at people who never done nothing remotely even related to scuba diving and want to find out if they like it a reasonably low cost (around 80 in that case) with really close to what you get once you have your PADI certs. We’ve done total of 2 dives , separated by lunch brake. First was shorter – as shallow water skills learning was a part of it – safety stuff , hand signals, clearing the mask, putting your breathing device to your mouth underwater and stuff like that. Then we went down to 10m for some 30 mins.

2nd dive at a different site aiming to find sea turtles – which we’ve succeeded on. Found 3 of them. Magnificent animals! Dive lasted for some 45 mins with max depth approx 11meters (we were allowed to go to max of 12m).

Truly amazing. If we only knew we gonna like it so much we’d planned the trip around diving, as you need 4-5 days to complete PADI Open Water Course. Price is v good as well – around 350e – where in Dublin from what I’ve checked you must pay twice as much and of course waters are much colder.

Anyway, that’s it for now. I prolly should hit the bed now as our trip was actually 30h and I havent slept that much.

More photos to come shortly. I need to get the shit together first. 🙂

@F1 party in Krabi. Free champagne for every1. courtesy of a German bar owner (I guess ;)). Well done Vetell! 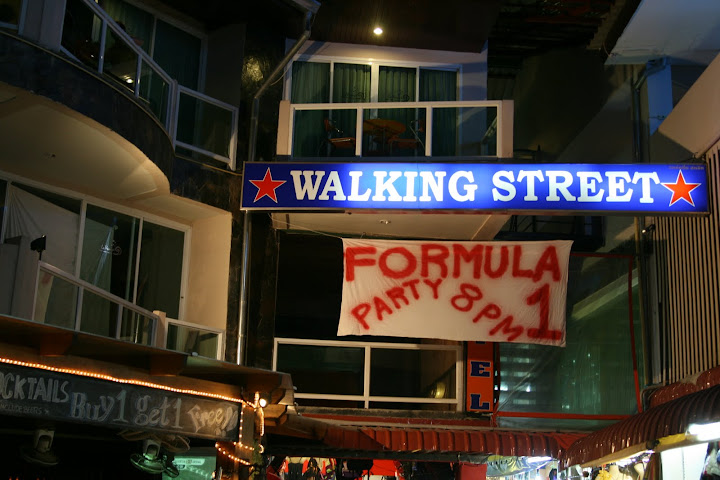 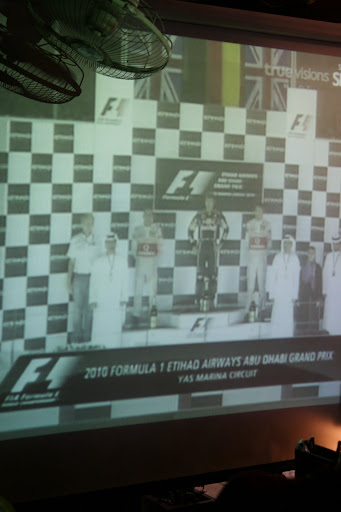 still @ko samui. weather is great. no rain and full sun is on. Photos from days 3-6 will be posted at samsel.org/galeria shortly (they are being uploaded now, but the connection is quite poor (128kbit/s uplink) so it will take few hours.

In the mean time you can have a look at some snapshots of our 2nd day in Bangkok HERE.

The Abu-Dhabi – Bangkok flight was nice and pleasant.  No delays, no bumps, food was good and in-flight entertainment did the job – it didn’t feel like over 7hours long flight.

We’ve arrived to Bangkok at aprox 6.50am local time, and as it usually are – first major bummer was the immigration check-up. There was no problems with the documents, but the queue was enormous – there was 15 open desks and waiting time to each was some 60 mins. Normally it wouldn’t bother us, but we were travelling for the last 16h, so… Anyway, they passed us through (btw, r-tard immigration agent stapled some sort of paper to the back of US VISA page in my passport, which is not something one would expect to see.

Anyhow, because the above taken so much time, our bags were already waiting on us on the belt, so we were ready to hit the hotel. The only problem was – it was 8am – and according to our reservation – normal checking time was 14h00. Oh well, fck it – let’s go anyway (a guy who was sitting next to Monika on our Abu DHabi flight said he’s been to the hotel we had booked before, and they never made any problems with early check in provided they had free rooms).

We went towards the taxi stand, and of course straight away was approached by a guy, who offered  ‘a lift to our hotel’ (for a fixed fee of 900Baht). I remember reading that this is usually an overpriced type of scam and it’s better to go to a normal meter-type taxi – which we did. Journey took some 25 mins – and was 350Baht. Happy days!

Our hotel in Bangkok is located just outside the City centre (as it tourned out later it’s 6 stations on the metro or 15 mins in the taxi). 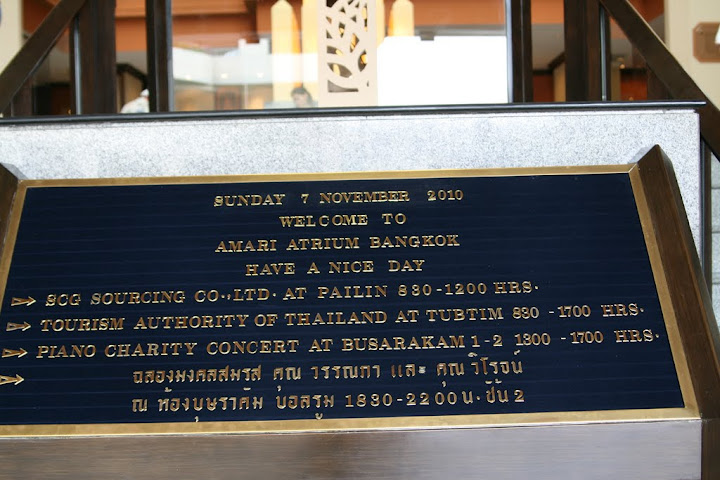 Check in went really smooth, the receptionist was very sorry that the mini bar wasnt ready in  the room they have for us and offered a new room tomorrow, or a minibar to be set up afternoon. It took us some time to explain that we didnt expect a minibar, actually we didnt expect they’ll have a room for ready at 9am anyway! She apologized again ( for God knows what) , we apologiezed for arriving way too early  and went to our 11th floor room.

We got up around 1pm and left to explore the city. The weather is nice – warm (aprox 28C), no wind and very humid. The sky is covered in clouds, so there is no sun really, hence all the photos are kind of crap. Oh well.

The moment we’ve left hotel a guy approached us offering to drive us around the city for 40Baht (1euro = 41 baht, metro ticket for 1 person from city centre to our hotel is 29Baht single pp).

I’ve ready in the city guide, that this is a common practice (private drivers) and a very good idea on the weekend (apparently traffic on normal days is just to heavy to move around in a car so public transport is a better option).

We’ve asked him to take us to few places that looked nice on the map (including somewhere where we could make arrangements for the rest of our stay).

The outcome of it is that instead of going to 2 places (as we planned before) we’ve planned next 10 days in following 4 locations for much cheaper if I’d book it over the internet:

few nights there (i cant remember exact days, have them written down)- and transfer to Muat Krabi,

few nights there  and boat transfer to Ko phi phi,

few nights there and boat transfer to Phuket

few nights there and transfer by Plane to Bangkok (on the 21.11 midday).

Anyway, I’m running low on batter on the netbook I’m writing the above on, so I’ll wrap it up and finally post the link for all the photos taken.

but before that few things on that city:

1. It’s very crowded. There are people everywhere (even though it is SUnday today and apparently pretty much everything is closed).

2. There is a huge disproportion in people’s wealth – you can see luxury hotels on one side of the street – and ruins of resi houses just across the road. 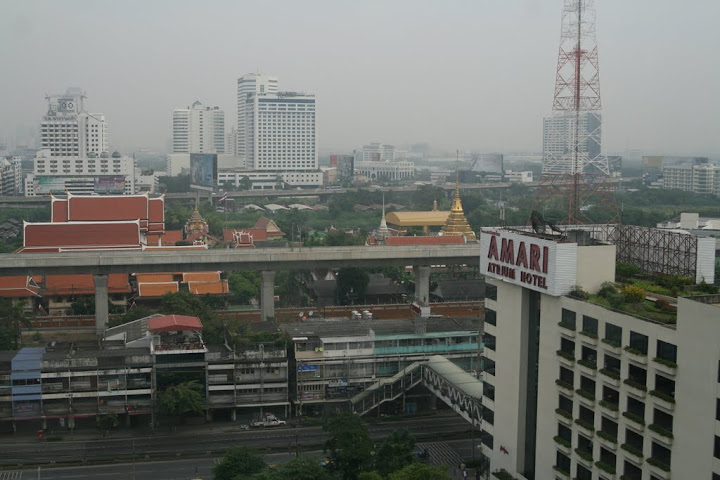 3. City is very polluted. The air is heavy and not very clean

4. There are taxis and tuk-tuks (3 wheel moto-taxis) everywhere.

5. People are VERY VERY nice and helpful (but sometimes very hard to understand 🙂

6. For some reason telephone and power cables are not in the ground but are just hanging from the poles – and by hanging I mean they are really low – sometimes less than 2 meteres from the the ground level. 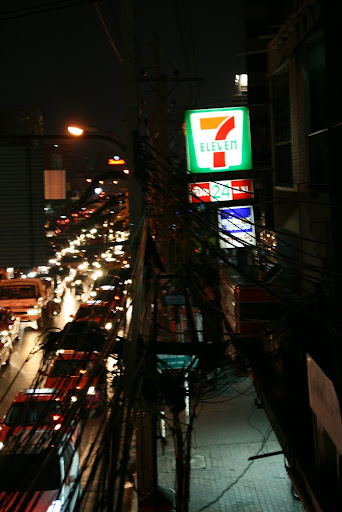 Anyway – one more glance at our hotel: 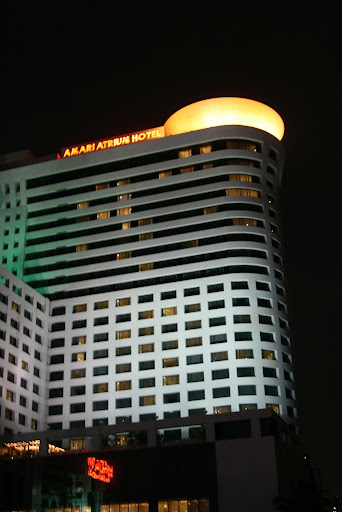 Rest of the photos HERE. 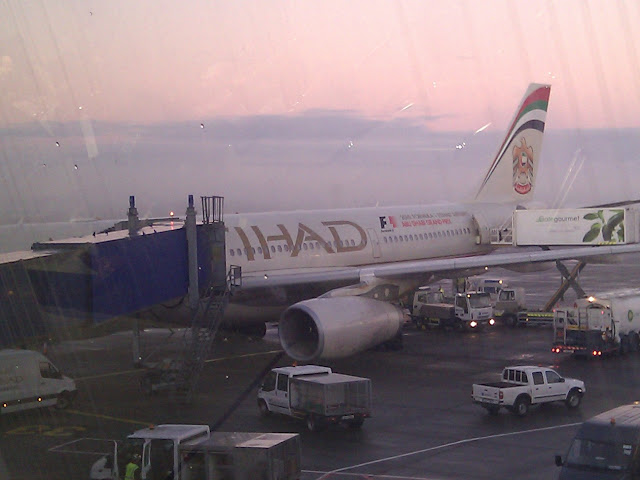 first step taken. we are checked in and awaiting departure. next stop: Abu Dhabi. stay tuned for more photos and updates.

After 8 hours or so in the air we’ve ended up in Abu-Dhabi for a transfer flight to Bangkok. If i was to describe that place in one sentence, I’d say: PIMP. Really, everything is at very high standard, and F1 spirit is present everywhere. BTW- 2010 F1 Abu-Dhabi race is only in 7 days. 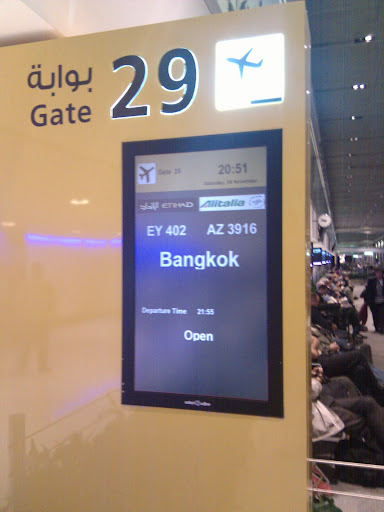