Sierra Nevada is a truly fantastic place. No words can’t describe the region and I only wish we had more time to stick around here. 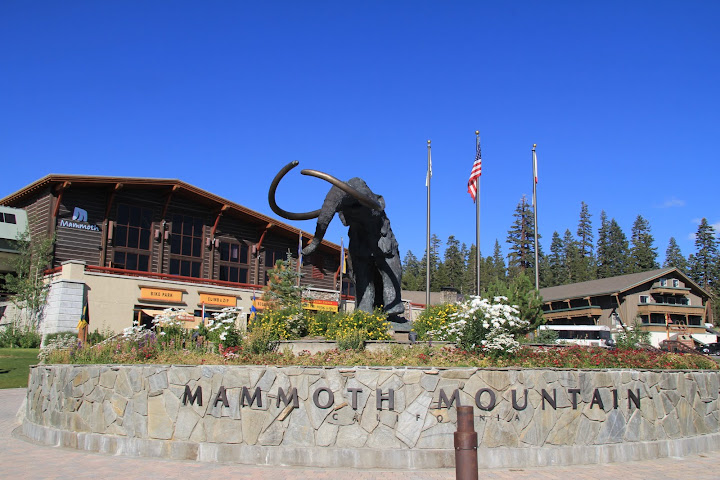 Mammoth Lakes a village by the feet of majestic Mammoth Mountain (peak at over 3200m with some patches of snow still out there!)  is the place of our stop for last 2 days. Wall climbing, mountain biking, downhill, hiking, fishing are just few of many, many things you can do during the summer season – in the winter this place turns into 100% ski resort – with never ending snow supply (they say that it gets over 10meters of snow a year) – season is very long – starts in October – ending in May or even June.

Anyway, because the really short period of time we had to our disposal here our options were limited. First we’ve taken a ride to the top of the Mammoth Mountain – it took 7min 1 way in a really cool gondola – after returning from there we’ve driven the National Park to hike over to Devils Postpile and Rainbow Falls.

The Postpile looks very similar to Giant’s Causeway in Northern Ireland, but it doesn’t mean it’s less impressive. The Rainbow Falls was just 2.5miles hike away through the remains of the forest that got burned down in the 1992 wildfire disaster. I think it was the biggest waterfall I’ve ever seen. The post on site said that the falls takes its name from the fact that when the sun is high on the sky on a clear day you can observe fantastic rainbow down by the falls – a phenomenon we were lucky to capture on few photos :).

As usual the photos are available here.

Tomorrow we are leaving Mammoth Lakes – going north to Yosemite Park – few activities planned for there – and then on the afternoon we’ll be heading west to San Fransisco.

0 replies on “The Range of Light.”

This is so great Michal! I cannot believe I’m not there, Say hello to all the guys! I keep reading your stories and at least I feel a bit as I am there with you. 🙂