It’s almost impossible yo climb these last few days. Today was no different with temperatures around 30C.

We left quite early (for our standards) to beat the traffic (San vito climbing festival started yesterday) and sun but none of that worked.

We returned to the crag we’ve been to on day 2, just moved further right to Fakirella beach base camp. It was already pretty busy and while the sun was behind some clouds the hot wind made it feel real hot.

We ran there  into Monika’s high school friend she hasn’t seen in 18 years. Quite extraordinary meeting. She is here with her friends and family on 2.5 weeks holiday. We climb side by side for few hours, but the heat was unbearable and wrle just folded at 2pm.

In the mean time Sonja and Rob were trying some routes nearby (in slightly higher grades), but given up around the same time as us for the very same reasons. Just toooooo hot. 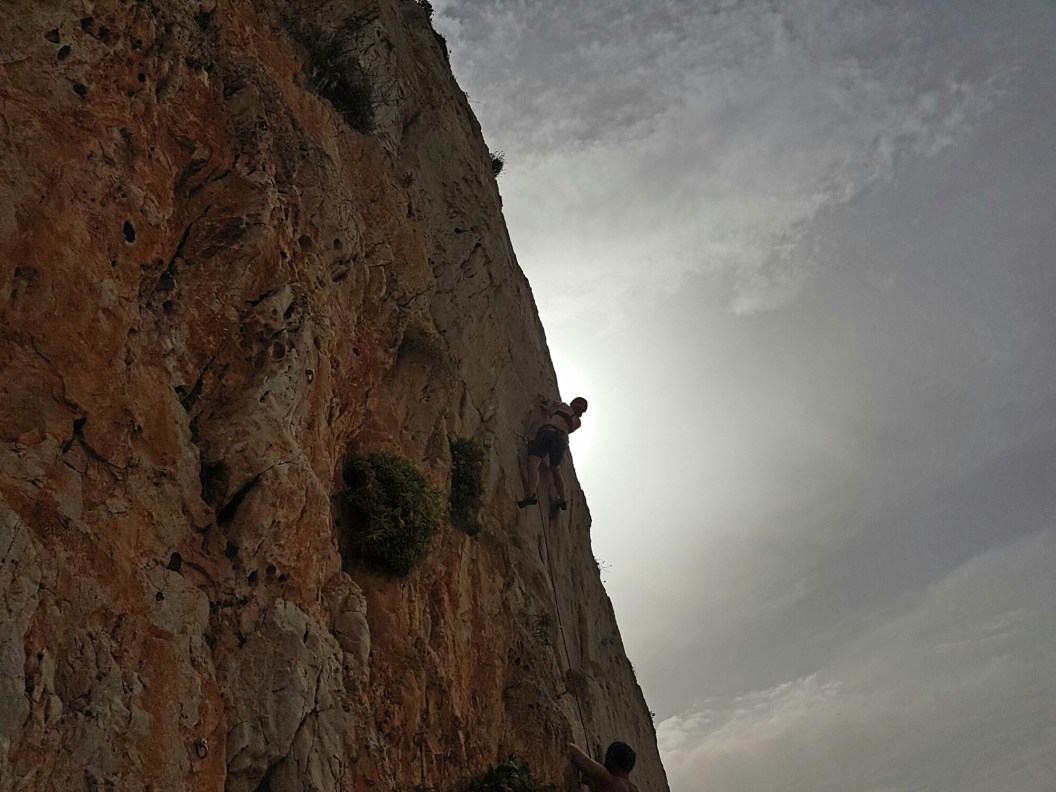 Above Sonja on Dolores 6b.
In other news: Rob converted (partially) Sonja to figure of 8 knot. The discussions between them went for very long but for now I think it’s back to the basics.

Last two nights we been checking out different climbing festival related events around the village, such as highlineing above main street and outdoor movies screenings.

The trip is comming to an end shortly.  Not as much climbing happened  as I originally thought (its just too hot), but its been a blast nonetheless!

Tomorrow we want to do a shorter day out then pack and get ready for going home on  Sunday morning.